The mystery of Apple Watch chip

The mystery of Apple Watch chip

Although there are reports that Apple Watch is running iOS8.2, but its performance is equivalent

to iPhone4s and iPad2. A teardown report ABI recently released by Research, A5 chip S1 chip

Apple transformation has been advocated by Apple Watch is likely to use by iPhone4s.

Since last September, Apple released the Apple Watch, the company has been promoting S1 chip

like device is equipped with the same brain. Apple said, Apple will be a complete computer

function integrated in S1 chip, and the chip package is protected in the resin.

IFixit completed the dismantling of Apple Watch, unable to continue on the S1 chip analysis.

internal components of the secret. 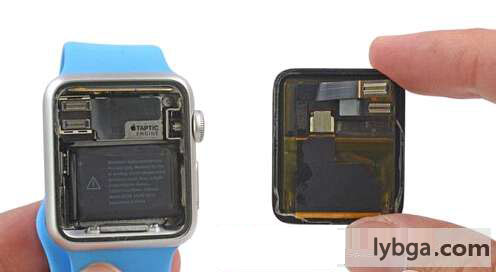 While Chipworks has previously offered an early look at the chip’s internals using x-ray imaging,

the folks over at ABI Research have now taken the Apple Watch’s S1 chip completely apart,

revealing a number of components that have previously not been identified (via MacRumors). 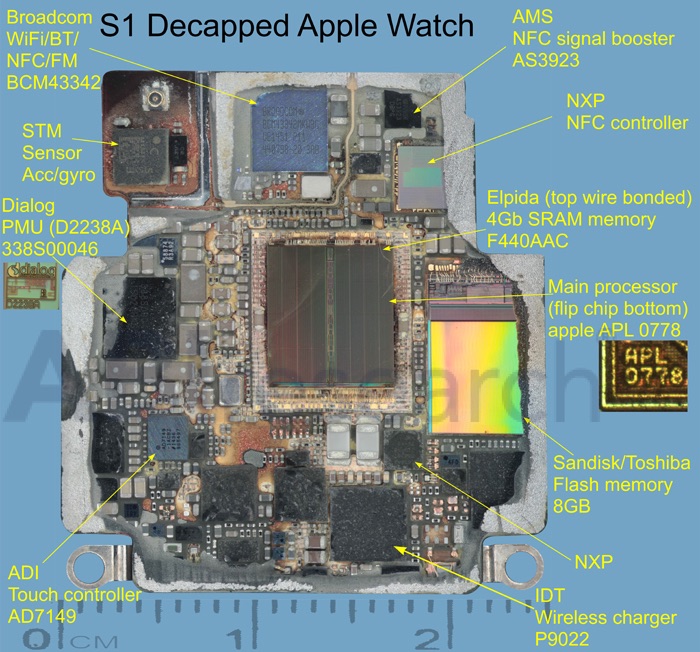 instead of the previously predicted InvenSense, touch controllers from ADI which were also unexpected, and a wireless